Grab a Coffee: Jenny Kane is my Guest Author Today.

Pull up a chair, grab a coffee or a nice strong cuppa, and meet author Jenny Kane who is my Guest Author today. 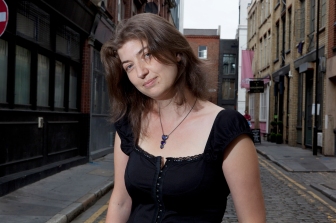 As you know, I don’t host authors that often, but now and again I indulge myself and today I am happy to welcome Jenny Kane – who happens to share the same publisher with me: Accent Press.

Jenny was kind enough to host me on her blog, The Perfect Blend: Coffee and Kane on  13th April 2015

and I am happy to reciprocate here.

Jenny Kane is the author of the contemporary romance Christmas at the Castle (Accent Press, 2015)

The bestselling novel Another Cup of Coffee (Accent Press, 2013),

and its novella length sequels Another Cup of Christmas (Accent Press, 2013),

Her fourth full length romance novel, Another Glass of Champagne, will be published in 2016.

Jenny is also the author of quirky children’s picture books:

One of the most important decisions I make when I’m about to write a story is where to locate the tale.

Last Christmas, I wrote Christmas in the Cotswolds, and thoroughly enjoyed taking Pickwicks’ waitress, Megan, away from her workplace in Richmond, on an artistic adventure in the lovely Gloucestershire countryside.

This year, Christmas at the Castle, the fourth adventure for the characters from Pickwicks Coffee House take regular customer, and writer in resident, Kit Lambert, to a literary festival in the beautiful Scottish village of Banchory, North East of Aberdeenshire.

Christmas at the Castle is a seasonal treat from Jenny Kane, featuring much-loved characters from her bestselling novel Another Cup of Coffee.

A taster to enjoy with your coffee:

When hotshot businesswoman Alice Warren is asked to organise a literary festival at beautiful Crathes Castle in Scotland, her ‘work mode’ persona means she can’t say no – even though the person asking is her ex, Cameron Hunter.

Alice broke Cameron’s heart and feels she owes him one – but her best friend Charlie isn’t going to like it. Charlie – aka famous author Erin Spence – is happy to help Alice with the festival…until she finds out that Cameron’s involved! Charlie suffered a bad case of unrequited love for Cameron, and she can’t bear the thought of seeing him again.

Caught between her own insecurities and loyalty to her friend, Charlie gets fellow author Kit Lambert to take her place. Agreeing to leave her London comfort zone – and her favourite corner in Pickwicks Café – Kit steps in. She quickly finds herself not just helping out, but hosting a major literary event, while also trying to play fairy godmother – a task which quickly gets very complicated indeed…

I only ever write stories based in places I know well.

The Deeside area of NE Scotland, where Christmas at the Castle is based, was my home for a few years at the turn of the century.

I lived in the village of Banchory and worked in the branch of WHSmith’s you can see on the High Street.

While I was there, I was a frequent visitor to all the local castles, including the breathtakingly stunning Crathes Castle, which is the location of the story.

From the first moment I ever set foot onto the grounds back in 1998, I was in love with the place.

Owned by the National Trust for Scotland, Crathes Castle, was originally built by the Burnett family, and with its thick whitewashed walls, incredible wall and ceiling paintings, and atmospheric rooms, remains one of my favourite buildings in the world.

Complimented by a mix of formal grounds and woodland, no matter I write about Crathes,

I will never be enough to do it justice.

Crathes is as much a character in this festive novella as Kit, and her fellow literary festival planners, Alice and Charlie, Crathes is, throughout my book at least, under the careful management of the handsome Mr Cameron Hunter…

Here’s an extract for you to enjoy:

Cameron Hunter rocked back on his desk chair and stared out across the estate grounds of Crathes Castle.

From where he sat he could see the sweep of the formal gardens that huddled neatly around the foot of the sixteenth-century tower house, and on to the woodland beyond.

He still couldn’t believe he’d managed to land a job in one of the most picturesque places in the country.

On crisp winter mornings like this one, when the fallen russet leaves crunched underfoot and the evergreen leaves shone with the spidery touch of Jack Frost, it seemed madness that he’d actually hesitated before applying for the estate manager’s post.

Returning to the pile of paperwork on his desk, Cameron’s gaze fell on a stack of ‘Christmas at the Castle Literary Festival’ flyers.

It had seemed like such a good idea at the time.

The chance to impress his new boss and attempt a “kill or cure” technique on the ghost of his former relationship at the same time.

He hated that he couldn’t stop loving her, even when she made it clear that their time together had just been a bit of a fling.

He thought he’d be safe taking a job back in the area now that Alice was living in Edinburgh.

Yet on his very first trip into Banchory after taking the job, he’d seen her chatting to another girl outside the newsagents.

On his return to the office, unable to stop himself, he’d found himself searching for Alice Warren on Google.

Telling himself that this wasn’t stalking, but that he was merely acting in self-preservation, Cameron had discovered that his ex was running Warren Premier Events, a successful event management business in Edinburgh.

Seconds later, he’d come up with the idea to get her to organise an event for him.

That way his lingering obsession with her would either be shot stone dead and he could get on with his life, or Alice would realise she’d made a terrible mistake and that she loved him after all.

Pushing the sleeves of his thick Aran jumper past his elbows in annoyance at himself, Cameron absent-mindedly signed three documents.

Even though he knew he was behaving like a lovesick teenager, he couldn’t help but hope it would all work out.

Contacting Alice via the Warren Premier Events website, Cameron had asked her to help for old time’s sake.

Trying not to feel pathetic, he justified his actions to himself with the thought that, whatever his reasons, there could be few better places for a literary festival than in a castle at Christmas time…

Although this is the fourth book in the Another Cup of series,

Christmas at the Castle can be read as a standalone story.

If that mini extract has whetted your appetite, you can buy Christmas at the Castle from:

Many thanks Jenny for sharing your work with us.

I wish you much success for your latest and future books.

Keep your eye on Jenny’s blog at www.jennykane.co.uk for more details.

Please let Jenny (and me) know what you think.  Comments are always welcome and it’s fun to make contact with you here.

Many thanks for your visit – do pop in again.

Art in the Garden

If You Knew Why I Do It*