Crime Writer Nell Peters is my guest author today: discussing research and the suspension of disbelief. 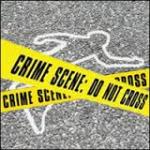 Hi everybody! I’m very happy to be Jane’s guest today – she writes such informative and interesting blogs (with great pics!), I will have to mind my Ps and Qs and make sure I don’t send everyone running for the nearest stash of alcohol and or cake.

I thought I’d combine and discuss two already closely associated elements of writing here – research and whether fiction should always be 100% factual, as it were.

It was last autumn that I really started to mull over the latter in some depth, when I was a reader for the Romantic Novelist Awards, presented in March 2016. Though I don’t tend to read romance per se, that’s not because I feel it doesn’t warrant my attention – it’s simply that I have very little leisure reading time and I usually go for crime, which is what I write.

However, as a contest reader, I could legitimately sit and read other peoples’ books for most of the day without feeling the slightest twinge of guilt – such luxury! I was allotted five books in various categories and given strict scoring criteria to follow – so, there I sat like Lady Muck in a very dilapidated (but oh so comfy) big leather chair, with everything to hand, including the all-important pen and notebook, lest I forget anything along the way.

If someone else were judging my book, I’d want them to be scrupulously fair and that’s what I aimed for.

However, the first book I tackled had me bitterly regretting volunteering for the assignment. I drank far too much tea and ate many more biscuits than were good for me, just to sustain myself sufficiently to reach those longed-for words, The End.

I may not read the romance genre as a rule, but I do know a cliché-ridden, overly contrived plot when I see it. And there were a hefty number of inconsistencies in terms of the heroine – I don’t want to say too much, for obvious reasons, but the daffy woman supposedly had impressive qualifications all the way up her arm, well before the age of thirty.

I don’t question that someone can be academically able and daffy at the same time – I am reasonably well qualified, but a complete ejit when it comes to practicalities. I possibly shouldn’t be allowed out on my own and it never ceases to amaze me that I have actually reached my great age intact.

What I did question was the author’s blatant lack of investigation into exactly how long it takes to achieve these accolades – so, I did her digging for her and she was out by quite a few years, even allowing for the fact that parts of one qualification taken might preclude the need to complete some modules of another.

But this was a fictional tale – did it really matter? For many other reasons, that book received a minus score from me – the only one that did.

The other four books were much more enjoyable – one historical, one epic (though I couldn’t quite see why it would be called that) and two contemporary.

The subject of research was obviously a factor in the historical novel, but it was a well-written book with an intriguing then-and-now plot, and I was happy to assume the author had got her facts straight and woven her fictional tale around them.

One of the contemporaries had as a main character a young woman who was terminally ill with a very rare, degenerative disease. It was a stroke of extremely bad luck for the author that, having studied that particular disease, I remember quite a bit about it.

The author had obviously explored her subject to some extent, though not enough, and for me that grated.

But if I hadn’t had prior knowledge, I’d have accepted the facts as presented and read the otherwise agreeable book without a negative thought.

The score I awarded did not reflect what I felt was my unfair medical knowledge advantage (for want of a better term).

I do varying amounts of research for my books – as much as I feel necessary. For instance, I use a lot of psychology and so more often than not, I check data just to make sure the old memory bank is not playing tricks. Or sometimes to confirm the spelling of those seventeen-syllable words that social scientists are so fond of bandying around – Phenomenological anyone? And that’s one of the less-daunting terms.

With the world at your fingertips via the Internet, it’s hardly difficult to ensure you aren’t committing dreadful clangers to print in your name.

Putting me to shame, Jane is a positive demon in terms of the research she undertakes as background for her WIP.

Last year she took several CSI-type online courses in forensics, passing with a noteworthy high score, and more recently she was looking into the forensic psychology of witnesses to crime. Respect.

Nell, it’s not my aim to bamboozle readers with facts and figures, but I felt I needed to understand some basic facts about the processes undertaken by the experts and detectives following the discovery of a body;  what anthropologists and archaeologists and crime scene investigation officers do at the scene of a crime, and how DNA and Fingerprints are used and what the implications are of keeping all this information on the National Data Base.

It led me to Criminal Justice and Forensic Science and as you say, latterly, Forensic Science: Witness Investigations. I’ve learned so much which I can draw upon in order to try and make my writing as accurate as possible, but my readers won’t necessarily ever see any of it in print.

Nell, sorry for the interruption:

However, knocking us all into a cocked hat (whatever that expression means!) is fellow Accent author Kirsten McKenzie, who lives in Auckland, New Zealand. Last year, Kirsten flew to the UK to take part in an archaeological dig – all in the name of research for her WIP.

I’d love to do that. Sounds awesome.

Maybe I could blag a trip to Barbados to check out what the effects of sunbathing on a white-sanded beach, surrounded by palm trees and cocktails with lewd-sounding names for a month, has on the human psyche – for inclusion in my next masterpiece, natch…

All this swotting takes time and it’s easy to fall into the waiting trap of hitting the reader over the head with way too much information, just because you’ve invested the hours and effort necessary to read around your subject in depth, in order to appear informed in print.

Several days’ toil may end up condensed into a sentence or two – they will be significant sentences to move the plot forward, of course, but it’s not much to show for all the blood, sweat, gnashing of teeth and hair-tearing.

I read a lot of crime, thrillers, and espionage books and one thing I cannot stand, as a reader, is page after page of description of missile systems, crime scenes with lots of blood and gore, and the actual violent act itself.

I like to use (or not) my own imagination when it comes to a lot of what I read. I love Robert Ludlum, but sometimes he can write pages and pages of complex technological detail about weapons and such, which has me skipping great chunks of his books.

When the TV series Broadchurch aired in the UK, there was outcry over plot inaccuracies, in particular court procedure and the way solicitors conduct their business.

Like me with the terminal illness, I can see that if you happen to be a judge or other form of law officer, howling errors might gall – but do we not read or watch fiction with the sole purpose of being entertained, or as a diversion from the monotony of everyday life?

Authors of fiction are essentially taking the place of the storytellers of yesteryear who, without the dubious benefit of Wikipedia to check their every syllable, probably made it up as they went along.

And why not? A good novel will grab the reader’s interest from the first page, if not paragraph, its required function to transport imaginations to another place, time, dimension, culture, whatever – pure escapism and distraction, and if there’s a bit of thought-provoking going on in the background, that’s great.

The reader can identify with, root for, or disapprove of the characters manufactured by the writer and accept or reject the plot, however feasible or unlikely it may be – it is their choice whether to suspend reality and go with the flow, or give up on the book as a waste of time, possibly even an insult to their intelligence.

We ask our readers to suspend their disbelief, Nell, so I agree that it is possible to have some unbelievable events take place, and we hope the reader will go with it and enjoy the plot, getting caught up in the story. We do it watching television and movies all the time.

I am minded of the TV series Midsomer Murders for example – three murders in rural communities every week – and we all swallow it.

Enjoyment of all genres of fiction is a very subjective thing, as it is with art, music, fashion, sport and a whole host of other stuff – just as well, as it wouldn’t do for us all to be identical in our tastes. How dreadfully boring that would be …

Thanks for having me, Jane.

It has been a pleasure Nell.

I have read By Any Other Name and loved it.  It’s a very clever plot which has me guessing all the way through.

I have Hostile Witness on my Kindle. 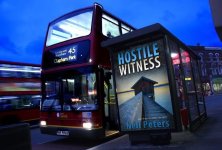 Wishing you much continued success.

She lives in Norfolk with a husband who works away a lot and (temporarily, she hopes) #3 son, who returned to stay at the family home for three months – a year ago. Nell has three beautiful granddaughters – quite a novelty after four strapping sons, and three handsome grandsons. If only she were rich and famous (easy on the famous), she’d be deliriously happy.

Her Accent books can be found at:

Nell Peters: By Any Other Name