Only Available until January 2017

All Proceeds in aid of Save The Children

Sitting bolt upright in bed, Spike listened hard. There it was again, a thin airy melody drifting just above the sound of the storm outside. He concentrated hard trying to pin-point where it was coming from this time. A few weeks ago when another storm hit he’d heard the same melody playing in the library of his ancient cottage, but when he’d entered the room the sound had gone. He’d put it down to his imagination. Now he wasn’t too sure. Now he was getting scared; it seemed as if the melody was in the room all around him, stronger, seeping into his very being.

He shivered. Surely someone was in the room. Dread creeping over his now sweating body, his eyes gradually adjusted to the darkness, and yes, in the corner he could swear he saw…something.  Gripped by increasing terror he found himself paralyzed as, whatever it was, moved closer to him, the tune getting louder and louder almost bursting his eardrums. Feeling the weight of something pushing him down on the bed Spike fell into darkness, unable to breathe.

in aid of The International Children’s Charity

better known to most of us as Save The Children.

Early this year multi-genre Welsh author Kelly Hambly put out a call for authors to contribute to a book she wanted to put together in aid of a children’s charity and, having written for several other charity anthologies in the past, I couldn’t  say no.

I know, I write mainly crime.  But what a challenge for my imagination and in aid of such a brilliant cause.

So like the man from Del Monte, I said Yes.

Kelly is the power behind everything: she is project coordinator and editor of the Madame Movara’s Tales of Terror Charity Anthology.

So far as an author in her own right she has published ten novels, mostly Young Adult.

Her novel The Town Halloween Forgot is now set to be a feature film.

Back in February I  had an idea to put together a book for a children’s charity. I’ve always wanted to create one but other things had got in the way.

What made this particular time apt was that I had read an article about a child who had been saved from starvation by this fantastic lady – (I forget the details now) and it was then that I thought – hey, why don’t I do this for real and give something back.

With a little encouragement I thought I’d give it a go and posted that I was looking for a 1500 word horror story and would anyone be kind enough to donate.

I honestly expected nothing and prepared to go and hide in a corner out of embarrassment.

What followed was nothing short of a miracle (for me anyhow) and since then the project has snowballed.

Of course, no project of this size can be done alone.

We’ve had a talented illustrator to work on the cover, horror artist and writer Charles E Butler and also

Artist, Jamie Jones, whose created the interior artwork for the paperback and the best of all – a foreword by

Our thanks to her. 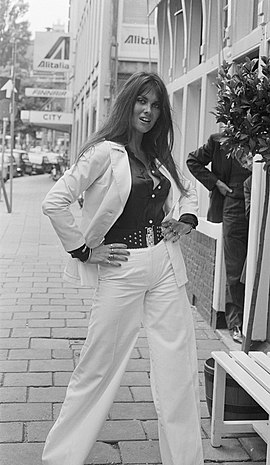 Not forgetting the 29 talented authors who have given their time to write for us  and without whom this book would not have been possible.

Since then we have been featured in the world’s number one horror magazine, Scream Horror Mag with more to follow.

The Anthology is in Hardback and is illustrated throughout.

Paperback editions are available soon and are Size A5, with a gorgeous glossy covers. You get a choice of two different covers for paperback:

I hope you will check out the contributing authors too, who write in a variety of genres. And also the illustrators and artists involved in creating this wonderful cover.

For information about Caroline:

I know I am excited and I hope you will be excited enough to rush over and pre-order your copy now.

In Aid of The International Children’s Charity.

Don’t forget to give me your feedback once you have read all the stories.

Mine is called Haunting Melody.

I chatted to Kelly about it earlier this week:

Enjoy our anthology and thanks for benefiting

Jane, Kelly and everyone involved in