Happy Christmas and Holidays: thanks to everyone for being here – it’s been a blast.

Wishing you all a wonderful Christmas and happy holidays, and I hope you all have the best year ever to follow in 2018.

Thanks to each and every one of you for being here and making blogging such fun.

Thanks to those of you who have purchased the anthologies I have been included in, read my free stories, and enjoyed reading about my ‘jollies’ throughout the year.

Two anthologies I’ve been featured in were nominated for the Summer Indie Book Awards: Cons, Dames and G-Men and Ghostly Writes Anthology 2016, which was awarded SILVER (2nd Place) in Horror. 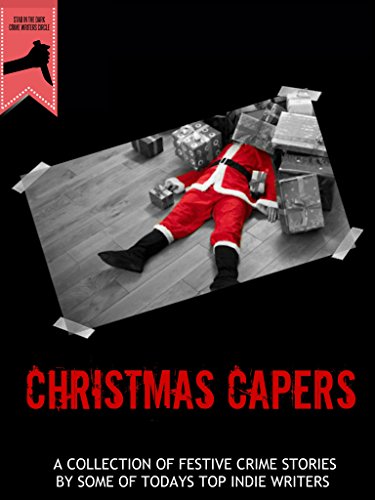 Also, special thanks to those who have turned to the light side with me and have purchased

a change from Crime and Thrillers for me…

Only One Woman was written with my life-long friend, award-winning best-selling author Christina Jones.

Christina and I share a musical past. Back in the late 1960s she was Fan-Club Secretary for my then boyfriend’s band.

We’d always wanted to write together but I don’t write fluffy Bucolic Frolics and she doesn’t write gritty Crime.

We had no idea what to write until it dawned on us; we shared our musical past and we’d write a fictional novel filled with music, fashion, and nostalgia which would appeal to those who lived and loved back then, and those who wished they had…huge world events would shape the lives of our main characters and the social changes disrupting the status quo would feature. Family relationships would be under scrutiny as Renza and Stella’s lives were changed forever by their involvement with lead guitarist, Scott, of Narnia’s Children.

In E-book and Paperback now.

Published by Accent Press on 23rd November 2017 our novel – a big, but very fast read we are told – has been receiving fab 5* reviews and our readers tell us they cannot put it down and are left wanting more…which is great to know.

There may well be a sequel at some point – who knows!

In May 2018 the Paperback and Audio book will be published and in stores and elsewhere which is exciting.

Only One Woman is also published in the USA by Simon and Schuster.

Just an aside for those who may be wondering why Only One Woman hit #33 in Erotica on Amazon – it was a mistake! They accidentally put Only One Woman in the wrong category:  it was a Best Seller!! Go figure!

I am still working on other projects and Ms Birdsong Investigates is still in with my publisher – wish me luck.

I’d like to thank all the lovely authors who agreed to be my Guest Author this year and have subjected themselves to my interviews which I think, judging by the reception you have given them all, have been a huge success.

Anyway, I just wanted to thank you all for being here and for being such a support and to let you know I enjoy reading and visiting your blogs and author pages and look forward to doing so in 2018.

Wishing you all a fabulous festive season and the best year ever for 2018.

Keep an eye out for the first of my Guest Authors in 2018 – there are some crackers.

Links to my books can be found on my amazon author page:

Smorgasbord Blog Magazine – Guest Post – I Wish I Knew Then What I Know Now! #Writing by Jane Risdon

It’s Quite a Week: A Golden Week